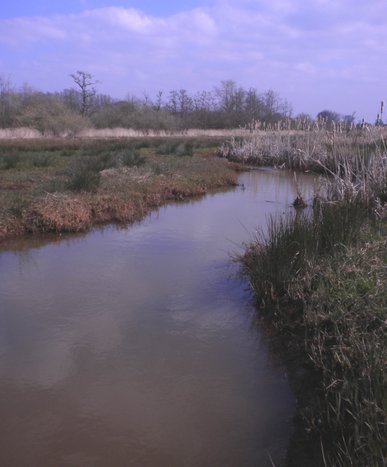 Burbot (Lota lota) is the only member of the order of the Gadiformes that lives in freshwater. This night active (nocturnal), bottom-dwelling (bentic) species lives in rivers, lakes and streams and was present in most Northern regions in Europe and North America. It prefers well oxygenated and cooler waters.

The species is easily recognisable due to it's specific shame, the single barbel, the elongated white finrays and the remarkable marmerisation of its skin which can be greenishyellow, brown and black.

The species was historically well known as a local delicatesse due to its tasty, boneless white meat and liver.

Due to water polution, habitat degredation and through large infrastructure constructions ongoing straightening of rivers, the species has become extinct or threatend throughout Europe. In Belgium, the species has officially be considered extinct in 1960. Considering the place of this predatory species in the ecosystem (keystone species), it is considered as a bio-indicator. Recent research has also shown its potential as natural predator against invasive fish species such as the Round goby (Neogobius melanostomus).

Burbot spawns in winter from december until march with temperatures below 4°C. The fecundity is extremely high, with 500.000 - 900.000 eggs per kilogram of bodyweight. The larvae that hatch from these eggs are also amongst the smallest larvae of all freshwaterspecies, with a lenght  of 2.8 - 3.5 mm.

In recent years, autorities have invested a tremendous amount of time in order to restore the environment of our freshwater fish species. Although in thr case of burbot the occurance of mature fish is insufficient, if present at all, which means that stocking programs are required. However: in case of reintroduction programs, special care should take place in terms of the genetic integrity of the autochtonous population.